I get that life is transitional, I do, I just never really thought about what that meant. There are the obvious, well-defined changes, the ones that seem to happen over night,

These transitions are expected, planned for and pretty much happen right on schedule. Then there are the ones that happen after you turn 21, the ones that restructure your priorities, goals, expectations, interpersonal relationships, virtually your whole personal identity, so slowly that you don’t even realise it’s happening until you wake up one morning with the realisation that you’ve become a totally different person.

These are the changes I feel should have come with the biggest warnings, the neon billboard of warnings, something a little more explicit than the “You’ll understand when you’re older.” we all assumed was just a cop out.

END_OF_DOCUMENT_TOKEN_TO_BE_REPLACED

I was asked pretty recently why I’m a feminist, and, while I was staring at the asker in confusion (because shouldn’t it be obvious?), the question was immediately followed by “I mean, women can vote and shit, isn’t the whole equal rights thing sorta handled?”

I was absolutely stunned… Women can vote and shit. Because obviously that is the be all and end all of equal rights, we can vote! What else could we possibly want? I literally face-palmed so hard I’m surprised I didn’t leave an actual handprint.

So, to make up for being too shocked to give a concise answer, here, in no particular order, are fifty reasons…

END_OF_DOCUMENT_TOKEN_TO_BE_REPLACED

I’ve recently come to equate all of my friendships with sweaters. I know it probably seems like a weird analogy but bare with me because it fits very nicely (pun absolutely intended). END_OF_DOCUMENT_TOKEN_TO_BE_REPLACED 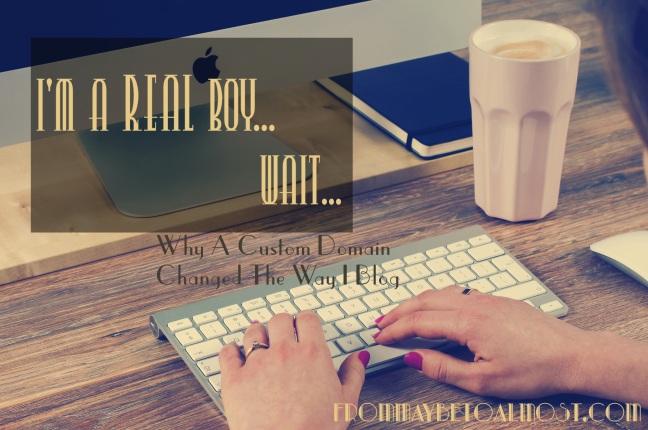 Alright so I’m not Pinocchio, but dropping the .wordpress and converting to a custom domain does make me feel like a real blogger. My content hasn’t changed, my layout is the same but I’m suddenly feeling so much more legitimate, like I now need a homepage and a more frequent posting schedule to match. Is this how people become prolific bloggers? Do they decide this is the blog they’re sticking with, buy a domain and find themselves needing to justify that decision if only to themselves? END_OF_DOCUMENT_TOKEN_TO_BE_REPLACED

Lately I have been completely flooded with self-help spam and life-guru book recommendations and the one thing I’m getting from all of this is that I really don’t understand the obsession with ‘Happy’. All of these diagrams and how to guides and lifestyle coaches telling you that if you just follow their simple steps then you too can be ecstatically happy all of them time.

You too can be be happy every moment of every day.

END_OF_DOCUMENT_TOKEN_TO_BE_REPLACED

I really think that the worst thing about signing up to anything online has got to be the user/account/blog name. Take wordpress for (the currently humbling) example…

I woke up this afternoon and decided today will be the day I start a blog. This is the solution for my ever persistent writer’s block. I have all these cool title and name ideas, I’ve got a basic (read: incredibly vague) idea of what I want for my content, I’m all sweet, I’ve got this. So, brimming with bravado I signed up, or rather tried to. Eleven, ELEVEN, choose your blog name attempts later and it’s becoming increasingly clear that I don’t got this. Or rather, somebody else got this first…Eleven somebody’s with eleven different ideas.

Eleven people who have already had my creative and original (or so I thought) blog names. And that’s just the ones who managed to use them before they got sniped by yet another someone with the same idea.

For a moment it got me thinking like some introspective existentialist… Are there really any new ideas? Is it all just about getting in first? Am I not as original or creative as I thought I was? Do I sound really pretentious asking this? And there was my stupidly obvious answer… Yes. I do sound pretentious and so did all of my ideas.

So I stopped, put down my iPad and went to make a cup of tea while resisting the urge to bang my head against the wall. Of course they were taken, they were flashy and attention-grabby and not particularly me at all. They were titles for people with something to say and stories to tell and some idea of what the hell they’re doing.

I don’t know what I’m doing 99% of the time. Sometimes I maybe have an idea, on good days I’m almost pretty sure but mostly I’m just lost and faking it.

And right there, that was my moment of inspiration, that is what I can write about. Being stuck in maybe, just aiming for almost.

Well, I guess I better write something… 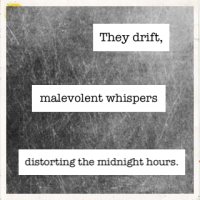